Kevin is a cheeky fellow, who loves nothing more in the world than pranking his youngest son Junior, who has Tourette's syndrome, to see whether he can get even more epic responses for his secret Tik Tok account: @juniorhaz2retslolz.

Always approachable, his favourite saying is "Got a dart for a digger who's down on his luck?". This annoys his wife Karen no end, mostly because he isn't and never has been a digger, and he isn't down on his luck. With Karen holding the purse strings and Kevin on an allowance of $35 a week spending money, things in the Splat family are really quite comfortable, even with three growing children.

What Karen doesn't know is that Kevin has been making quite a lot of money on the side. When she thinks he is down the block watching the darts with his dad Boris, he is really down at the local internet cafe managing his socials, for Kevin is fast becoming the latest Internet superstar influencer.

At last count his YouTube channel "Junior Haz 2Rets Lolz" had over 69,000 subscibers all begging for more of the pranks he plays on Junior. His Tik Tok account has boomed since the Stage 3 COVID-19 lockdown restrictions and he has recently been offered a few advertising deals that are paying quite nicely (which he is hiding from Karen, because she's a ball-breaker, and keeps him running on the smell of an oily rag).

Junior is a nervous little fellow, having Tourette's syndrome, so at times can be quite confronting for some folk, who are usually trying to understand everything about his hobby of beetle fighting. 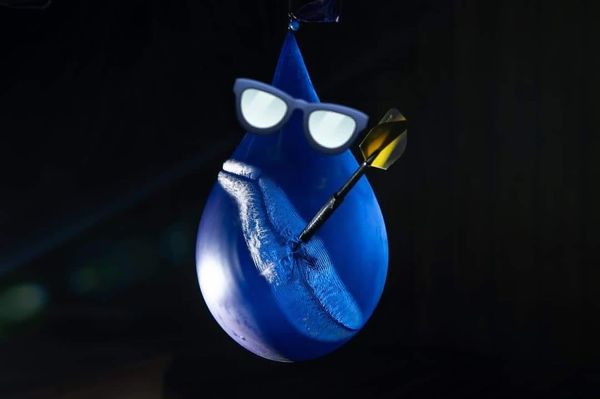 Karen is Kevin's wife, and runs a tight household. She has an arty side, but can be quite an officious bitch at times.