Her favourite interest is intricately and tightly threading six inch long strings of large pearlescent baubles of varying sizes onto stout fishing wire, and finishing them with a unique butterfly-shaped end, which she has proudly patented, and calls a "handle". Several "adult" retailers have expressed a keen interest in her interest, and it has amassed her an Instagram following of almost 124,000 keenly interested followers, along with a sizable crowdfunding initiative.

Her boyfriend Geoffrey is not entirely sure what all the intricate "adult beads" fuss is about, and thinks it's a load of arse, but counts himself as her keenest follower.

She's pretty, she line dances, and has unusual tastes in the bedroom, but on the whole Geoffrey thinks Shazza, with her entrepreneurial mind is definitely an obsess-about keeper.

Instagram stalkers constantly give Sharon the heebie jeebies, which whilst being unwelcome, confronting and unnerving, also give her a sense of pride, not to mention swelling her bottom line.

Also unwelcome, unnerving and confronting is the current COVID-19 meltdown, and the uncertainty it brings to small business owners, and angst it brings to her boyfriend, who as been in self-isolation, but Shazza reckons her lovingly "hand made" bedroom beads will be a mail-order favourite for every couple in self-isolation, making this an interest that may well pay off her house. After all, who doesn't like it? Yeah?

"Yeah? Well git it up ya! Git one!", she crows, with a wink, "We mail in plain packagin'!", whilst jumping in her car fixing to self-isolate all over Geoffrey... 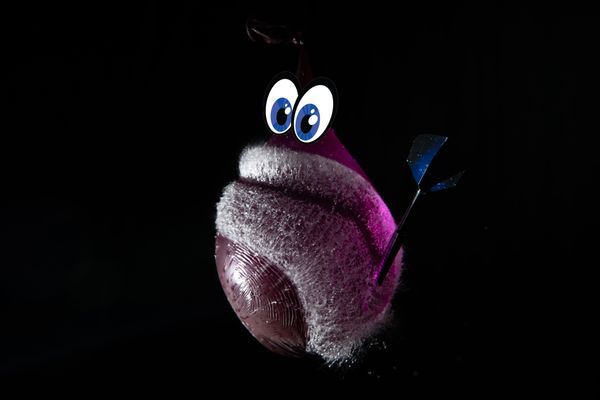 Boris is Kevin's dad. He's not usually the type to get flustered by anything, excepting, of course by marching bands. He's a gentleman, and an elite world champion spitter.

Geoffrey (with a G) is Junior's older brother, and younger sister to Geannie-Mae (with a G). He hates being called Geoff, and gets quite stabby when people write his name with a J.